Imtiaz Sooliman will give his presentation entitled Active Citizenry: The Door to SA’s Success on Wednesday, 26 October at 08:30 AM. 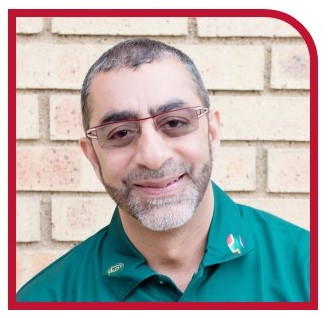 Dr Imtiaz Ismail Sooliman, founder and Chairman of Gift of the Givers, was born in Potchefstroom, in South Africa’s North West Province, on 07 March 1962. He attended Sastri College in Durban and matriculated in 1978, going on to study medicine at the University of KwaZulu-Natal’s Medical School, qualifying as a medical doctor in 1984.

Dr Sooliman commenced private practice in Pietermaritzburg in 1986, but chose to close his flourishing practice in mid-1994, choosing instead to focus his attention on Gift of the Givers Foundation, which he had founded in early August 1992. His establishment of Gift of the Givers Foundation was the consequence of a message Dr Sooliman, then aged 30, received from Sufi Sheikh Muhammed Saffer Effendi al Jerrahi, his spiritual leader in Istanbul, Turkey, who called on him to serve all people of all races, of all religions, of all colours, of all classes, of all political affiliations and of any geographical location… a calling he honoured then and continues to honour today.

His endeavour in this regard has seen Gift of the Givers Foundation emerge as one of the most respected humanitarian organisations in the world and is today the largest disaster response agency of African origin anywhere on the continent.

Since 1992, Dr Sooliman has steered the organisation to many Notable Achievements and World Firsts, including implementing 21 different categories of projects; delivering well in excess of R4,5 billion rand of aid; coming to the assistance of millions of people in no fewer than 45 countries across the globe, inclusive of South Africa; designing and developing, in 1993, the world’s first and only containerised mobile hospital of its kind, which was deployed in Bosnia and has been compared by CNN to any of the best hospitals in Europe; designing the world’s first containerised primary health-care unit in 1994; innovating the world’s first groundnut-soya high-energy and protein supplement, known as Sibusiso Ready Food Supplement, in 2004. The supplement has proved ideal for people suffering from such conditions of HIV/AIDS, TB, malnutrition, cancer and other debilitating disorders; heading the first organisation in the history of South Africa to have received R60 million from Government for the design and successful roll-out of 204 000 food parcels; alleviating problems associated with a ravaging drought in South Africa by drilling 400 boreholes in just 18 months, from 2018; and rescuing 64-year-old Ena Zizi alive, after being trapped under rubble for eight days without food or water, little oxygen and a fractured hip, in the aftermath of the Haiti earthquake of 2010. This was a world first for an African organisation involved in earthquake search and rescue outside Africa.

The panel discussion entitled The Actuarial Logic of Being a Force for Social Good will take place on Wednesday, 26 October at 03:45 PM. Panel Members are Hylton Kallner, Roseanne Harris, Anton Ossip and Kwezana Matanga and the discussion will be moderated by Emile Stipp 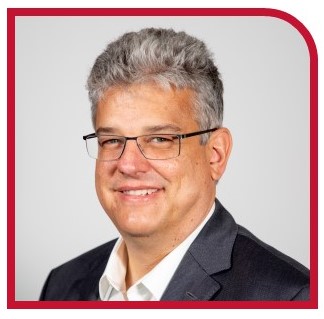 Emile Stipp is an actuary with more than 25 years’ experience. He was a partner in Deloitte and joined Discovery Health as General Manager: Chief Health Actuary, in March 2007, with overall responsibility for the health actuarial work within the Discovery Group in South Africa and internationally.

From July 2017, he splits his time between the UK and South Africa. He is Director of Actuarial and Data Science in Vitality UK, in addition to his role as Chief Actuary of Discovery Health in South Africa. He takes overall responsibility for Discovery’s data science strategy and development globally. 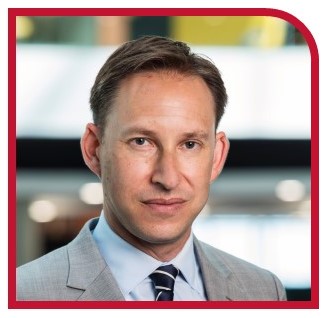 Hylton started his career at Liberty Life and joined Discovery in 1996 where he initially held various positions in marketing, actuarial and strategic projects. Hylton served as the Group Chief Marketing Officer from 2006 to 2016 and CEO of Discovery Life from 2016 to 2020, while overseeing the group’s R&D, Marketing & Distribution, and Vitality business units.

In 2020 Hylton became the CEO of Discovery SA. In this role, he lead Discovery’s SA business and composite strategy for Discovery Health, Discovery Life, Discovery Invest, Discovery Insure, and Vitality, and their integration with Discovery Bank. He chaired the SA EXCO as the core governance forum of the SA composite, which represents over R8bn in profits, 10 000 people and 4 million clients. 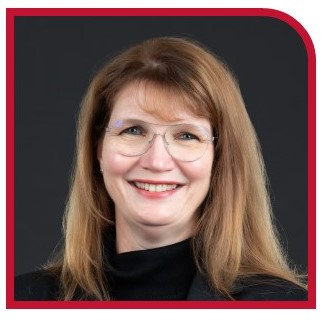 Roseanne Harris is Health Policy Actuary at Discovery Health and also adjunct professor in the School of Statistics and Actuarial Science at Wits University.  She was president of the Actuarial Society of South Africa in 2016/17 and is currently president of the International Actuarial Association.  Roseanne has been an active participant in health reform debates in SA for the last 25 years. 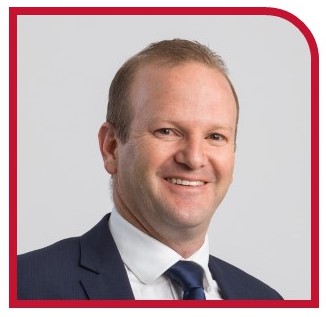 Anton is passionate about the role corporates can play as a Force for Social Good. He has driven a number of initiatives by Discovery Insure, from a safe scholar transport initiative called Safe Travel to School, to the repair of over 100,000 potholes in Johannesburg through the Pothole Patrol and now ensuring the safety of clients through Fire force.

Anton is also an avid Formula one fan, who is really excited about the prospect of South Africa hosting some races soon. 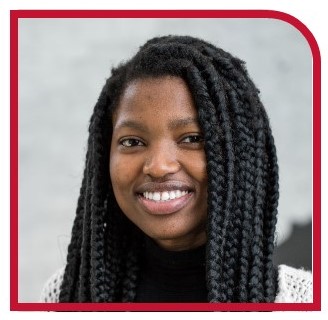 Kwezana Matanga recently joined Discovery Insure as the Executive Associate to the CEO, Anton Ossip. She started at the Research and Development lab at Discovery having been successful as the top candidate in the Adrian Gore Fellowship Award program. Her focus in the lab was on health products, where her work included developing products for the mass market and making healthcare.

She is passionate about projects that bring positive change to society. She loves to explore, learn, and try new things. She is also a fan of the outdoors and adventure activities – her favorite place being anywhere with an ocean! 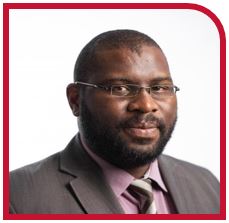 Lusani Mulaudzi is a Healthcare Actuary, Independent Non-executive Director, and Lecturer. He is a trained Design Thinking Practitioner and is passionate about innovation.

He has worked as a CEO of a Healthcare Administrator and Managed Care Organisation, worked as Healthcare Actuary of large Healthcare Administrator and Managed Care Organisation and as an actuarial consultant for a large insurance company in South Africa. He is an independent non-executive director for a couple of private insurance companies and does public interest work for the Actuarial Society of South Africa. In 2020 he joined the University of Cape Town as a lecturer.

In addition to his professional work, Lusani has been involved in the leadership structures of several community development organisations. He was the President of the Actuarial Society of South Africa in 2020 – 2021. 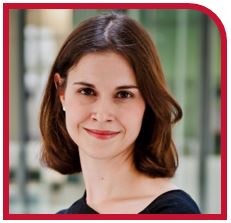 Megan Carswell is an adjunct professor in the School of Statistics and Actuarial Science at the University of the Witwatersrand, Johannesburg. Although she originally qualified as a life actuary, most of Megan’s work, both in corporate and academic settings, has centred around various aspects of employee benefits and social security systems. Her work as a valuator, consultant, research leader, writer, examiner and teacher have provided varied perspectives on South Africa’s social security challenges. 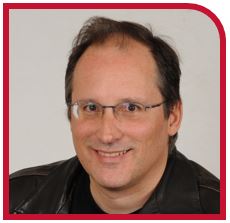 Professor Alex van den Heever presently holds the Chair of Social Security Systems Administration and Management Studies at the University of the Witwatersrand (WITS). He holds a Masters in economics from the University of Cape Town and has worked professionally the areas of health economics and finance, public finance and social security in various capacities in South Africa since 1989. These include positions in the Department of Finance (Central Economic Advisory Services), the Industrial Development Corporation, Centre for Health Policy at WITS, the Gauteng Department of Health, and the Council for Medical Schemes. Work has included participation in the Melamet Commission of Inquiry into Medical Schemes (1993-4), a member of the Council for Medical Schemes (1996-8) the Committee of Inquiry into Comprehensive Social Security (2000-2), a member of the medicines Pricing Committee (2007-2011), the Ministerial Task team on Social Health Insurance (2003-5) and the Health Market Inquiry for the Competition Commission (2016-19). 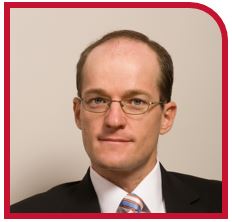 Andrew Davison is Head of Advice at Old Mutual Corporate Consultants. He also serves as Chairman of the Investments Committee of the Actuarial Society of South Africa. He has over 25 years of experience in investments ranging from investment product development for both life companies and asset managers to consulting on all aspects of investment strategy to a variety of retirement funds and other institutions including medical aids, trusts and charities. Andrew has served on various trustee boards and management committees of retirement funds. He is a regular speaker on retirement and investment matters at industry events and conferences. 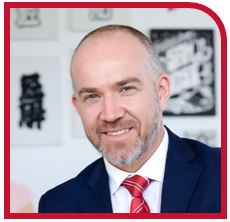 John Anderson is the executive for Investments, Products and Enablement at Alexander Forbes. In this role he oversees the management of the Alexander Forbes Group’s solutions in line with the company’s approach to pioneer insight to deliver advice and solutions that impact people’ lives. He has over 20 years’ experience in employee benefits and asset management.

John has consulted to a number of large clients as valuator, employee benefit consultant, investment consultant and portfolio manager. He was the national head of consulting strategy for many years before leading the Research & Product Development area in Alexander Forbes Financial Services.

In 2016, John co-authored a paper titled “The retirement income frontier and its application in constructing investment strategies at retirement”. This paper received the prize for the best paper by first-time authors and the best overall paper presented at the 2016 Actuarial Convention as well as a special award by the German Institute of Pension Actuaries (IVS) at the International Congress of Actuaries 2018. This research has contributed towards innovation in the retirement industry, in an effort to improve the retirement income outcomes of retirees.

Jeremy Gardiner will give a presentation entitled Weathering the storm on Thursday, 27 October at 1:30 PM. Thus far, 2022 has seen recessionary fears, inflation spiraling on the back of the war in Ukraine and renewed lockdowns in China, spooking central banks and markets alike. Hopefully, the remainder of the year will see inflation cooling, central banks calming and market opportunities appearing. However, while the economic storm may slowly subside, South Africans will have to remain alert as political noise escalates in the run-up to the ANC leadership Conference in December. Join Jeremy for some insight into what the real concerns and opportunities are, and what is just noise. 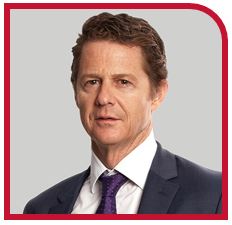 Jeremy Gardiner, Director at Ninety One, is a regular voice in the media, at conferences and to the investment-related world at large, responsible for commenting on current affairs, economics and investment markets.

In his position, Jeremy is inundated with information from the world’s top analysts, on everything from politics to petrol. Jeremy’s challenge is consolidating all this information and bringing it to you in an understandable format that you will find interesting and informative.

Jeremy has been with the firm for 30 years, during which time the business grew from a small Cape Town Asset Management firm to a significant global business managing clients assets of approximately R2.8 trillion*. Jeremy also served on the board of Western Province/Stormers rugby from 2003 to 2005, a period in which their performance was particularly poor!